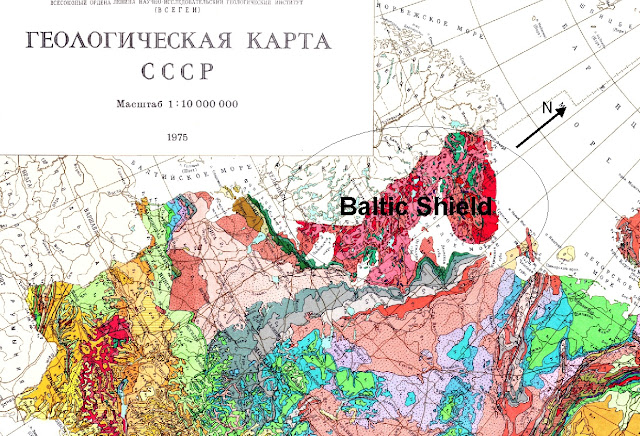 Fig. 1. A fragment of canonical map of the USSR; The Precambrian is shown in bright-red colors

For the last couple years I have been studying the Precambrian exposed within the East European craton (platform), so-called Baltic Shield (or sometimes called Fennoscandian) (Fig. 1). My current research project is related to the early Paleoproterozoic igneous activity and associated hydrothermal processes on the Baltic Shield. This summer I needed to visit several localities in the region (Fig. 2):
To visit all these localities we flew from Moscow to Arkhangelsk, drove to Onega, from Onega we took a ferry to Kiy Island and spend there a couple days. After Kiy Island, we visited Severoonezhsk and then Mt. Golec (Sumskyi Posad, Karelia) to study the Vetreny Belt rift. After we finished working on the Vetreny Belt rift, I moved north, to the Shueretskoe (station Shueretskaya) occurrence of garnet. 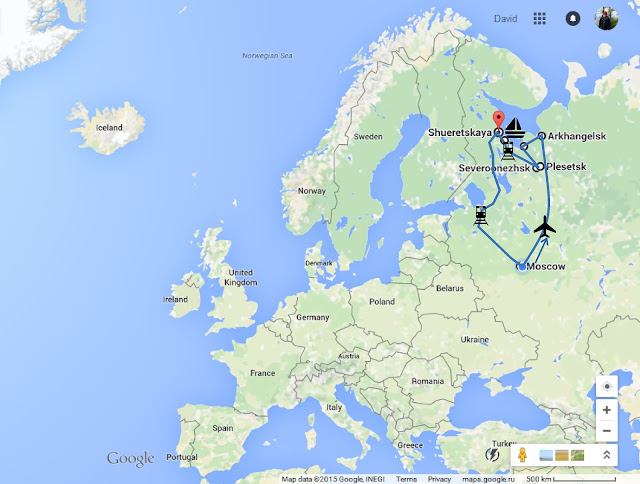 The Kiy Island, the White Sea 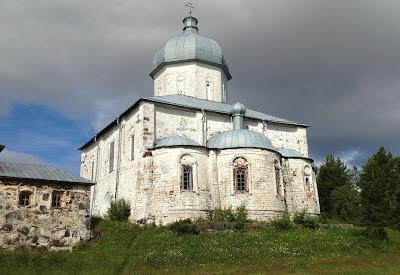 
The Kiy Island is known for the orthodox cathedral that was built by patriarch Nikon, a reformer of the Russian Orthodox Church in the 17th century (Fig. 3). The island itself is composed of 2.45 Ga metamorphosed ultramafic-mafic intrusion (Fig. 4). The metamorphism occurred much later, at 1.8 Ga. 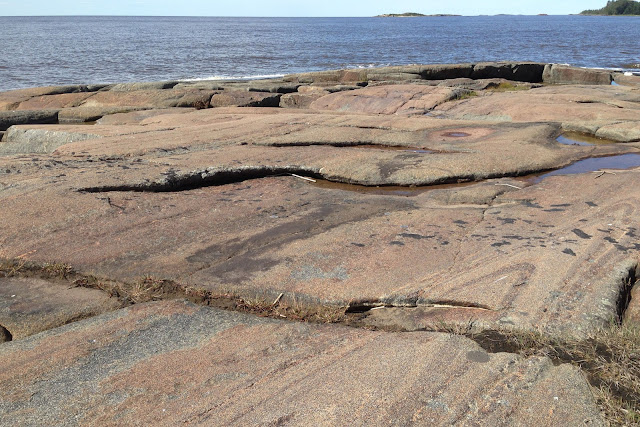 Read more »
Posted by David Zakharov at 12:22 AM No comments: